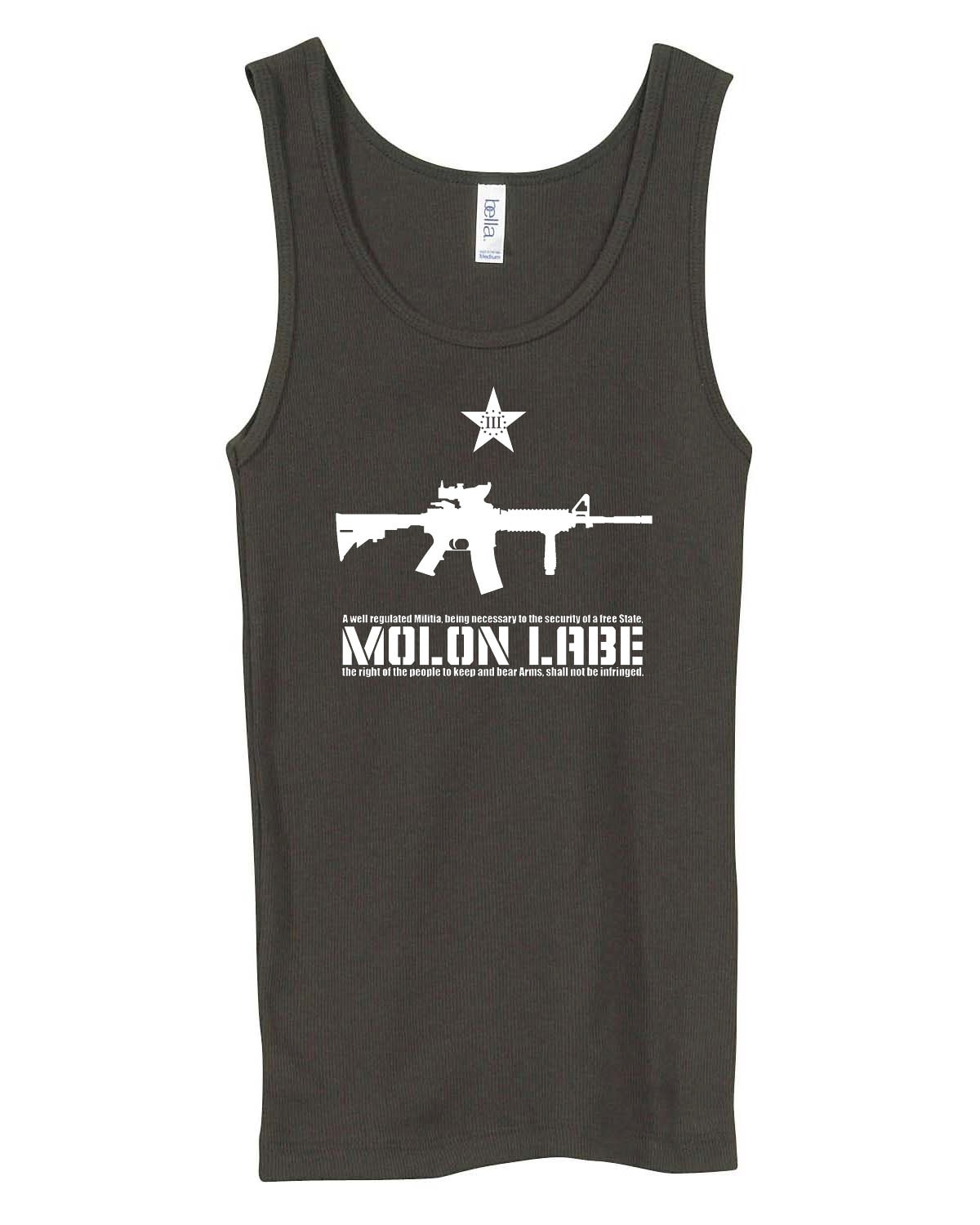 Molon labe (Greek: μολὼν λαβέ), meaning "come and take them", is a classical expression of defiance against anyone who has tried to disarm the people. This has become a battle cry for many pro second amendment backers and I am one of them, including not only the right to keep and bear arms but also in support of a well regulated militia made up of the people.

"I ask, Sir, what is the militia? It is the whole people. To disarm the people is the best and most effectual way to enslave them."

- George Mason, Co-author of the Second Amendment during Virginia's Convention to Ratify the Constitution, 1788

This is why we have the second amendment, to protect the natural God given right to protect yourself against any type of tyranny.

I'll do my best to meet these shipping estimates, but can't guarantee them. Actual delivery time will depend on the shipping method you choose.

Ship items back to me within: 30 days of delivery

I don't accept returns or cancellations

But please contact me if you have any problems with your order.

The following items can't be returned or exchanged

Because of the nature of these items, unless they arrive damaged or defective, I can't accept returns for:

0 items in your cart